Some countries I have been in during the last several months are so incomparable they could be on different planets. One is Iceland. The other is Togo. 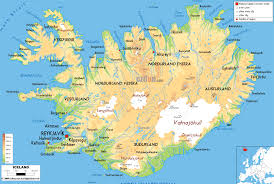 Iceland in the Atlantic Ocean close to the Arctic Circle with an area of 123,000 sq.kms, is home to 332,000 people. Two thirds of these live in the capital city Reykjavik. Its major industries are fishing and sheep farming. There are 1,100,000 of the latter. This provides a per capita GDP of $43,600.

Only 1% of Iceland is cultivated. The remainder is a moonscape of black lava, snow covered mountains and ice constantly reshaped by continuous volcanic activity. The island sits on the fault line between the tectonic plates of Europe and North America. The good thing about this is that geothermal energy provides all household heating and 15% of the electricity supply. Water is so pure and plentiful that none of the bottled variety is sold. Puffins and minke whales are also in plentiful supply and supplement a healthy diet.

Togo is quite different.

Situated on the West Africa coast just above the equator, it is spliced in between Benin on the east and Ghana on the west. With an area of just 57,000 sq. kms its 6.7 million people constitute one of the smallest states in Africa. In this somewhat lush tropical climate its inhabitants exist on a per capita GDP of $1400. 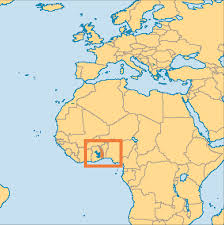 Both countries have faced financial crises in recent years. Iceland’s banking system went into meltdown in the GFC of 2008-9. Today it is recovering.

Togo’s financial crisis occurred in 2005. The method of recovery has permanently changed the nation. When Togolese politics took a turn not approved by its French former colonial masters, Western aid was stopped. According to local reports the new President was forced to accept an offer of help from Saudi Arabia. Its aid came with conditions attached namely:

The results are observably dramatic.

The last item is obvious in Togo. Local reports suggest that in the capital city of Lome alone in the last decade the number of mosques has risen from 4 to 400. In the small northern area of Notse a plan was announced to build 100 new mosques within 12 months.

Mosques are frequently built near Christian churches seemingly in an attempt to overwhelm them. When a piece of land came on the market next to a church, with the church struggling to raise funds to match the seller’s price, Muslims offered 10 times the selling price.

In the vicinity of the mosque there may be a well offering clean water saving poor people walking kilometres to obtain supplies. There may be a crushing mill offering to process grain. There may be photovoltaic cells offering electricity supply. All of these facilities are available for those who agree to attend the previously empty mosque services. Local non-Muslim traders complain that they are being displaced in the major shopping facilities by well-funded Muslims buying, renting or taking over shopping zones. It is claimed that critical infrastructure of transport is increasingly dominated by Muslims.

Scholarships are allegedly offered for youth to be educated abroad in Muslim countries. They leave as Christians or Animists and return as zealous Muslims. Reports indicate whole villages have converted to Islam on the basis of the promise of a free trip to Mecca.

Christian missionaries report that their visits to animist villages are frequently followed by Muslim representatives offering much more than whatever Christians may have offered. Christians had not offered any material inducements.

Not all money comes from the Middle East. In the town of Zooti a large tract of land has been fenced by a brick wall. The signboard on the wall says Zooti Global Islamic Educational Complex. It further indicates funding is being provided by the Global Islamic Mission of Australia.

If one is able to recite loudly and confidently Islam’s prayer indicating conversion, the reward is allegedly approximately $200. If the same prayer is recited only softly it is said the reward is only $2. There seems to be no end to the usefulness of financial jihad to induce needy people into the folds of Islam. And when they join that throng, just as it is increasingly in Western cities, Muslims pray in the streets blocking public thoroughfares presumably as a mark of territorial assertiveness.

So what’s this got to do with Iceland?

In that distant frequently frozen land the first Muslims have ‘harmlessly’ arrived opening kabob shops and other outlets. Christianity has been in Iceland for over 1000 years. But locals report active participation in church life is down to 3%–not helped much by the nation’s leading Lutheran bishop, a lady who favours same sex relationships which hasn’t sat well with her more conservative constituency.

To compensate for this spiritual vacuum, one might expect the construction of the country’s first mosque in the nearer future.

To learn a little more about Islam, buy a copy of my latest publication Islam Rising from the Books section of my website at the special introductory price for September only.

Filed under Islam and Christianity