The Federal Government funded Australian Broadcasting Corporation (ABC) runs a programme called Q & A (Questions and Answers). Each week a panel of people from different backgrounds are assembled and questioned by members of a selected audience. No subject is too controversial for discussion. The platform panel usually consists of members who hold opposing views on whatever are the main subjects for discussion. A host guides the questions and answers probably to ensure hot button issues are provocatively addressed. A bear pit of unleashed emotion always attracts a larger viewing audience than that of controlled logical analysis.

On Monday night 13 February 2017 one of the panel members on Q & A was a 25-year-old lady who presented herself as an Islamic “activist”. Many viewers had probably never heard of Ms Yasmin Abdel-Magied. 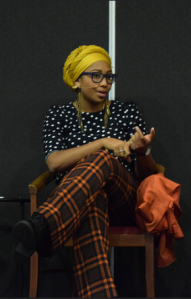 The Australian Government had obviously heard of her. Last November they sent the Australian Sudanese Egyptian Muslim “activist” on a taxpayer-funded tour to promote her book in several of the most restrictive countries of the Middle East. The ABC knows her very well. They list her as making regular appearances on their programmes, Q&A, The Drum, The Project, Radio Triple J, Radio National and ABC local radio. She would seem to be a rising media star.

One suspects that the title “activist” was that which qualified the young lady. It held out the promise of more heat than light especially when Australian Senator Jacqui Lambie was also on the panel. She is well known for advocating against some common Islamic practices especially its requirements for women to “cover up” and for its treatment of women in general.

As Senator Lambie and Ms Abdel-Magied tried to out shout each other content was sacrificed to volume. Senator Lambie lacked the detailed knowledge to counter the arguments advanced by her opponent. Ms Abdel-Magied’s outbursts, obviously appreciated by the clapping crowd who cheered her on, lacked little relationship to reality. Even Hizb ut-Tahrir, an Islamic group banned in some countries because of its hard line applications of Islamic teaching whose advice Ms Abdel-Magied subsequently sought, conceded that she did not have “the required deep knowledge of Islam to prosecute her case.”

So where was the much applauded “activist” deficient with regards to her explanations of Islam? 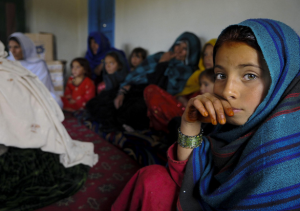 In defence of Shariah Law she claimed that Muslims are obliged to follow the law of the land in which they reside. That is true but only up to where local law may be in contravention of any principles of Shariah in which case the latter prevails.

But a cursory glance at those texts reveals:

One would need several alphabets to list all the restrictions placed upon women. Seeking to divert focusing on Islam’s authoritative texts as the source of such provisions, Australian Muslim Women’s Human Rights Centre chairwoman, Tasmeen Chopra agreed with Ms Abdel-Magied, reportedly saying that anti-women issues in relation to Islam were not text based.

Since the programme aired reportedly 49 Muslim scholars have demanded “an apology from the ABC for not silencing Senator Lambie saying that the programme host failed to provide a ‘safe environment’ for Ms Abdel-Magied to speak”. (Caroline Overinton, The Australian, p 16, February 16, 2017). Hopefully, Ms Abdel-Magied enjoyed her brief flirtation with fame.

In 2001 Zachariah Matthews, after studying the life of Prophet Mohammad, reportedly concluded that “deception is necessary”. If that is so then Abdel-Magied and Chopra may just have been implementing a well-established strategy.

If you want to get a fuller more accurate picture of Islam’s attitudes towards and practices relating to women go to drstuartrobinson.com/Books and get a copy of “The Hidden Half—Women and Islam”.

Filed under Islam and Christianity, Woman and Islam