From Confusion to Clarity

By early 1981 American embassy hostages held in Tehran were back home. A discreet reception was held for some of them in a suburban home in Northern Virginia, USA. One former hostage, Malcolm Kalp, was reported to have said at that meeting,

“We still think the Soviet Union is our enemy, that worldwide communism is still the principal threat to our way of life. But the real challenge isn’t the Soviet Union – it’s militant Islam. We have no idea what we are up against”. 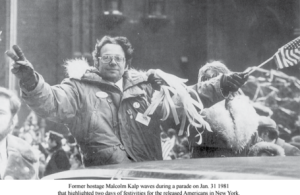 Three and a half decades later his observation remains accurate on all counts. Mostly only those who have lived within Islamic societies and have studied their sacred texts (Qur’an, Hadith and Sira) can understand what is happening and give some explanation of likely outcomes should the message of revivalist Islam continue to spread unchecked around the world. And spreading it surely is.

Like rogue organisms from some cancerous tumour, cells of fundamentalist Islam multiply and metastasise faster than intelligence agencies can track them. United Nations Secretary, General Ban Ki- Moon said on February 5, 2016 that by the previous December 34 organisations had sworn allegiance to the Caliphate of the Islamic State. But only days after that announcement, on February 7, 2016, private counter-terrorism organisation IntelCentre claimed that the number of affiliates and supporting organisations had already risen to 43. From the Philippines in the East (Abu Sayaf and Ansar al Khilifah) to Nigeria in the West (Boko Haram), from Indonesia in the South (Jemaah Anshorut Tawhid) to Russia in the North (Caucasus Emirate) and in many countries in between, Islamist organisations are armed and ready. They are intolerant of anything that is at variance from their own claims, interpretations and demands. This expansion “demonstrates the speed and scale at which the gravity of the threat has evolved in just 18 months,” said Secretary General Ban Ki-Moon.

In December 2014, General Michael K. Nugata, Special Operations commander for the United States military in the Middle East, commenting on the rapid rise of Islamic State reportedly said, “We have not defeated the idea. We do not even understand the idea.” At least he was honest in expressing his and others’ ignorance and their inability to comprehend what is happening. To begin to articulate a coherent response remains a step too far. 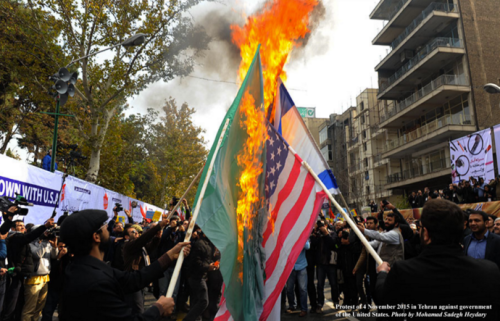 A similar posture is evidenced but not admitted by most Western political leaders. It is a commonly heard response from bellwether politicians that even after the most atrocious Islamic terrorist attacks which killed many of their own citizens whom they are ostensibly elected to protect, they continue to claim that such activities have nothing to do with Islam. This conveniently overlooks the glaring fact that the only element common to all such attacks is that the perpetrators are committed to the fundamental tenets of Islam.

The primary reason for this current politically correct response is that in any democracy, elected representatives are dependent on votes from their constituents to retain personal privilege and power at their next election. In a country such as France where the number of Muslims is thought to be approximately 10% of the population, those votes are critical. After one of the recent attacks in France, one of the highest ranking politicians reportedly ventured to express the view that the problems they experience with some of their Muslim constituency could be overcome by building more mosques! At least that might have temporarily secured a few Muslim votes. Presumably to maintain favour with some voters and to secure personal power, France’s politicians through various statements and policies, maintain a high level of antipathy toward Israel while favouring HAMAS and the PLO whose repeatedly avowed aims include the destruction of Israel. Israel is the only state in the cauldron of Middle East furies that has maintained a record of democracy and peaceful transitions of political power for almost seven decades. No state is without fault, but surely such bias favouring one state whose avowed aim is the destruction of another, ought to be seriously challenged.

In the West, only worship at the altar of secular humanism is permitted within State discourse. Traditional religion, especially Christianity, has been marginalised, discounted and almost banned from consideration in the contest of ideas. Bereft of the moral underpinnings and Judaeo-Christian values upon which Western democracies were established, they are now almost defenseless and endangered as they are increasingly penetrated by alien philosophies and theologies. Unfettered from predictable behaviours and practices by their own set of values, Islamist invaders are intent on their goal of world domination. For those who disagree with them, the message is– surrender or die. No prisoners will be taken unless individuals are temporarily valuable as pawns in a deadly game of ransom.

Having rejected their own religious history and traditions, most Western leaders are unable to comprehend the power of religious conviction that drives emerging contemporary Islamic movements. At best all these elites seem capable of doing is to call for reform within Islam. In this they are at least partially right. They infer distinction between people, i.e. Muslims and the theological doctrines that compulsorily drive them.

The vast majority of Muslims want peace and prosperity like most non-Muslims. However the ideology of Islam as contained in its sacred texts and developed into Sharia Law is the locus of real challenge. As Muslims know, this is not open to change. The emerging movements already claim to represent reform, back to basics as was practised in the days of the Prophet in seventh century Arabia. In the meantime, to lessen our anxieties we grant equivalence to Islam. We unthinkingly accept the Muslim claim that the three major world religions worship the same God, are of Abrahamic origin and honour the same “Prophets”. But a careful analysis and comparison between the entities as described in each religion’s texts reveal they are so different as to be incomparable.

“Equivalence fosters ambiguity; ambiguity gives birth to confusion; and confusion breeds disaster, as the early 21st-century has already shown.” (Sandys and Hendey, God and Churchill, London, S P CK, 2015). To shed some light into the darkness, to discover a little clarity in the midst of confusion and to consider a modest yet powerful response get a copy of Islam Rising – the Middle East and Us by Stuart Robinson.

Filed under Islam and Christianity, The Middle East and Us, Uncategorized